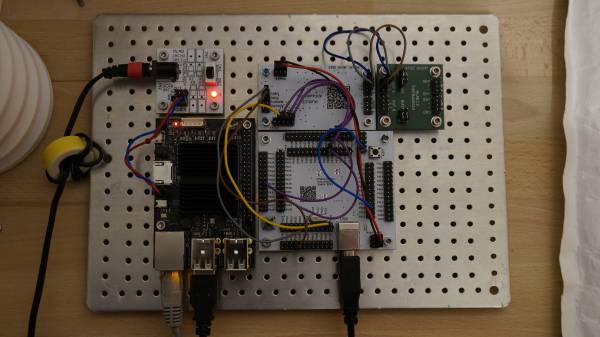 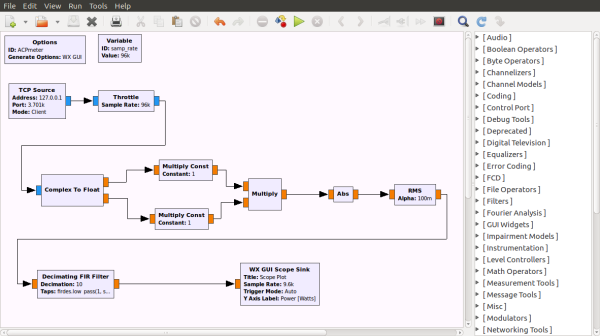 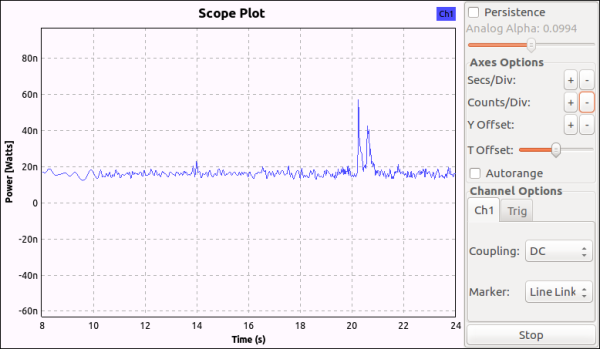 The next step is to start the program from terminal using a starting script.

A window opens, where you can change the connecting parameters of the power meter. A reference connecting is saved on the device computer or it is possible to download it from git repozitáře as a Pvalue.grc file.