Trace: • ESA Summer of Code in Space 2015 - Idea List
Translations of this page?:

MLAB is open-source hardware and open-source software project which makes effortless design and construction of various measurement devices available for scientific purposes. There already exist several space and astronomical measuring instruments in MLAB project. The Czech Astronomical Society is also involved due to the quality of data captured by our instruments and sets up a data storage server space.astro.cz for data collection from measuring stations. We want to improve our designs by software development supported by European Space Agency.

RMDS02C and its predecessor RMDS01 is a SDR receiver system designed primarily for radio detection of meteor trails. It's advantage over other designs is a high performance software defined receiver and completely open-source design, which brings advanced signal processing of radio images for everyone. This system now has several detection stations (see the map) in the Czech Republic and Slovakia. But technically it is intended to expand to other European countries. 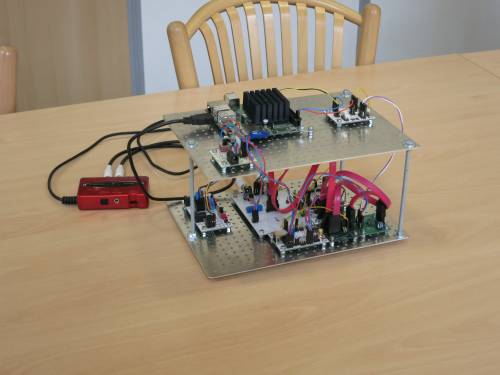 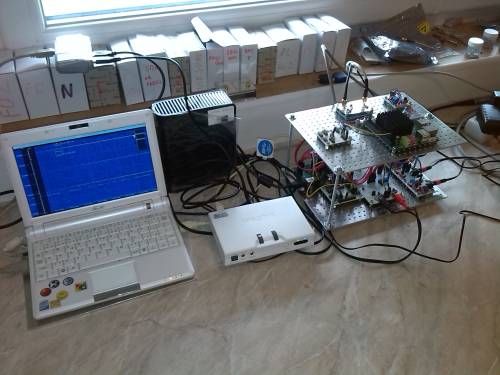 There are several tasks for SOCIS participants in the summer 2015 you can choose one. There are brief description of problems and description of initial task for qualifying of you for these tasks. If you are interested in the tasks presented here please do not hesitate to contact us at bolidozor@googlegroups.com, we will send you a technical details. We will help you with your deal.

There is a new radio meteor detection station RMDS02D developed. This station has abilities for radio interferometry detection of meteor trails with use of two antennas at an observatory site. The software for computation of heading to the meteor from two records taken in same time with RMDS02D from two or more antennas. 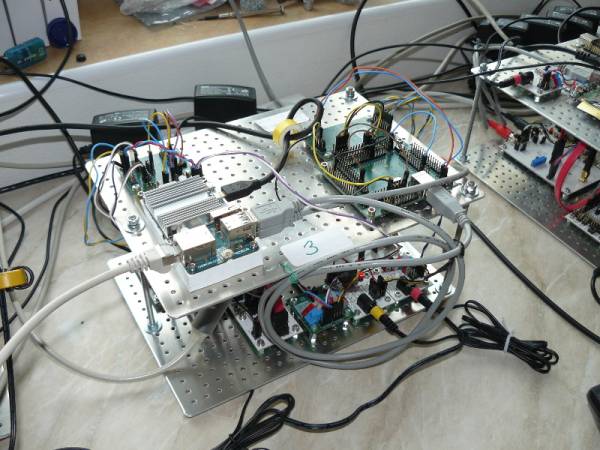 The student has to adopt radio-observer a radio astronomy software developed in the SOCIS project in the year 2013 to GHPSDR3 radio server. Now the radio-observer has implemented connection to SDR by JACK. New connection module for GHPSDR is a task for a student for showing his/her skills.

With use of interferometry the direction of target object can be discovered. We intended to use two FITS radio reflexion record for determine of direction to reflection. The radio-observer application has to be extended for simultaneous recording of two two signals from two radios with synchronised Local Oscillator. These two records can be used for calculation of correlation. Finally the direction of reflected signal will be found from this correlation. Student helps community with acquisition of another information from meteor trails records.

The application for GNU/Linux operating system which determine direction to the reflection from measuring station. Some user interaction is possible.

The new measuring stations generates huge amount of data. Generated data should be adequately presented to project audience. But data presentation is huge problem due to abstraction of signals to human.

The student has to adopt PySDR a OpenGL visualisation software developed in the SOCIS project in the year 2013 to GHPSDR3 radio server. Now the PySDR has implemented connection to SDR by JACK. New connection module for GHPSDR is a task for a student for showing his/her skills.

Multi-platform data presentation software, which is able to show current data measured by the station system.

We are looking for programmer who can utilize nowadays technology for crowd science for our project Bolidozor the radio meteor detection network. Some research is needed. The student has to search for existing technologies for Citizen Science (like CrowdCrafting, PyBossa, Zooniverse,…) and then he or she has to program a Citizen Science application for searching for meteors coincidences in records of Bolidozor’s radio meteors database which supports Czech Astronomical Society.

The student has to show his abilities of programming web applications. Some web page which displays screenshots from meteors data stored at http://space.astro.cz/bolidozor/ has to be shown.

To help somebody trying to complete the task a draft of Python Bolidozor browsing library is prepared and a desktop application - bzbrowser showing a basic principles exists.

A huge database of radio meteor detections exists. There are snapshots in FITS format for each meteor detection which is accessible as files sorted by time. The waterfall visualisation snapshot from each record exists (see picture). It has to be find the same meteor detected by one station in records of other station or stations. Then exact time and other specific parameters of detection has to be determined by human. A HTML5 web interface should be developed for live inspection of the received stream by many concurrent users over the internet. 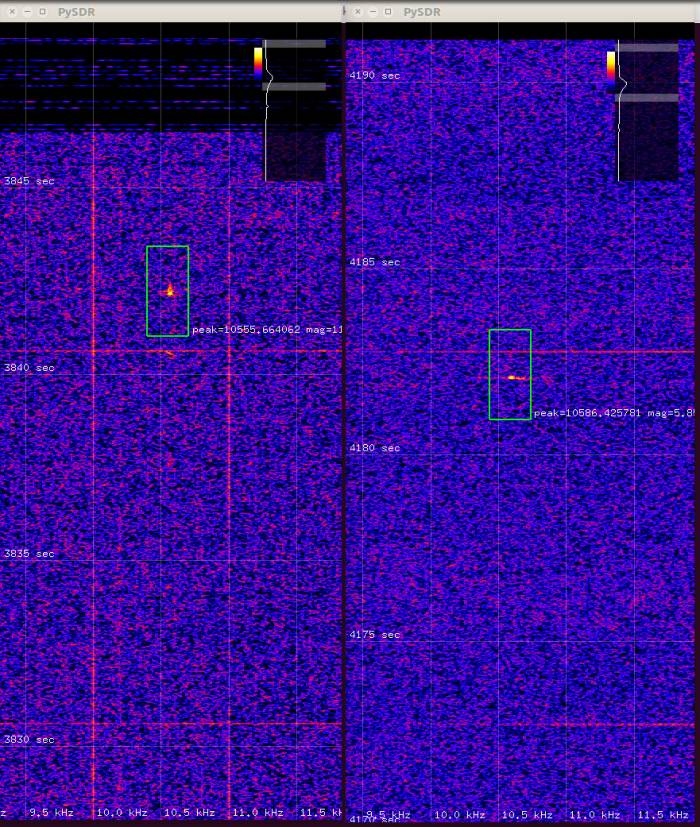 There are a sample of records from two station 50 km away each other. There are two detections of possible identical meteor. Relative shift of this detections from a time mark (horizontal line in signal) has to be found for next computation of meteor trail. Some estimation of region of meteor occurrence can be determined from this measurement. The student will adopt some skills of use of bistatic radar in space science by meteors detection in this project. 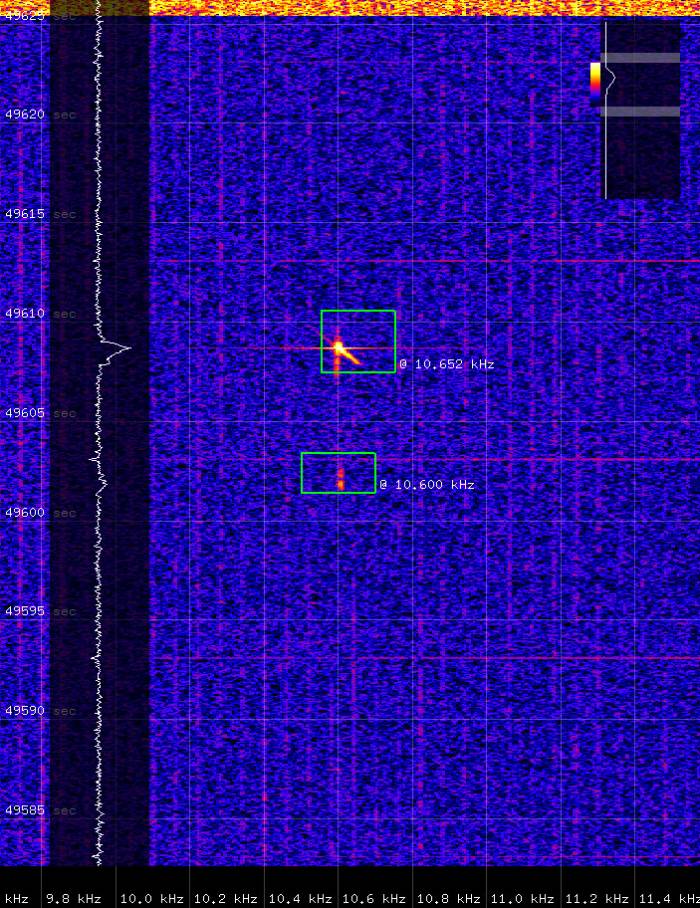 An another task is classification of meteors. There are different types of meteor reflections as shown at the picture. The meteor zoo should be established by humans observations. There are even utilization for Python programmer which could implement new features to PySDR software package for live 3D meteor visualization in astronomical observatories conference rooms.

Single package which will be able to install software needed for viewing and processing of meteor signals collected from measurement stations over internet.